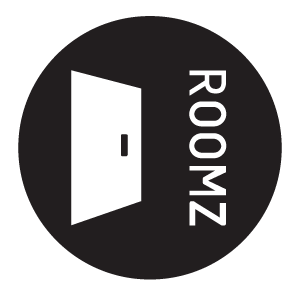 The small township of Bandar Sunway in Subang Jaya has earned itself a reputation of being a student area, especially with the sheer number of tertiary institutions in the area. Some of the colleges and universities in Sunway include Monash University, Sunway University, Taylor’s University and The One Academy among others.

Therefore, one can expect that the number of students in the area to be rather high. As a student, housing is one of the main concerns. However, students’ requirements for their lodgings are different from that of families or working adults. The main requests students have is a clean room, and quiet surroundings to study. Reasonable rental rates are also a main concern, since students don’t have a lot to spend. These are some of the best apartment complexes in Bandar Sunway for students to rent:

La Costa is a fairly new apartment complex with spacious rooms and a contemporary design.  The complex is equipped with many modern amenities such as an Olympic sized pool, sandy beach pool, gymnasium and four lovely gardens. It’s also very easily accessible and within walking distance of several Universities. One of the best features of this apartment is the stunning view of the Sunway Lake, which will definitely have a calming effect.

Located just outside the doorstep of Taylor’s university is this vibrant and exciting mixed development apartment complex, with spanking new rooms which are just a hop, skip and jump away from shops, eateries and other amenities. The complex is also strategically locate just next to the LDP highway, which makes travelling anywhere a breeze.

Located along one of the busiest roads in Bandar Sunway in Palmville condominium, one of the closest residential apartments to Sunway Lagoon and Sunway Pyramid, both of which are within a 5-10 minutes walking distance. Living here would be extremely convenient, since there are many eateries, shops and amenities that you don’t even have to drive out to get something.

Just opposite Sunway Pyramid, at PJS10 is a peaceful blue apartment very famous among students for its affordability. It is also situated right next to a park which offers some respite from the general hustle and bustle of Sunway. It is also very near eateries, Laundromats and other shops a student needs to frequent often.

These apartments are part of the group of newly developed condominiums surrounding the Sunway Lake, allowing you an impressive view. Rooms and simple and clean, and you’ll have a fuss free living experience here which is made extremely convenient with the available retail outlets located in the same building. The apartment also has a sizable swimming pool for relaxation and recreational activities.

For a more exhaustive list of the rooms available for rent in Bandar Sunway, you can visit the Selangor page here, and pick “Bandar Sunway” in the side bar.